Come see this awesome video we made for Voodoo Doll! My friend, Jim Fields, and I mixed images of the ruins of a Civil War church with some early Danish silent films to make an experimental “filmtrack” to one of our most loved songs. Jim is the maker of the definitive Ramones documentary film End Of The Century, so he’s no stranger to rock and video. He put his creative stamp on this wild ride of a video so come out for some live tunes, an interview with the filmmakers and, of course, the video! 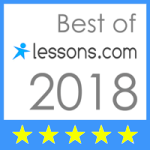 Fun Lessons for Kids, Too!